The Little Book of the Dawn Chorus 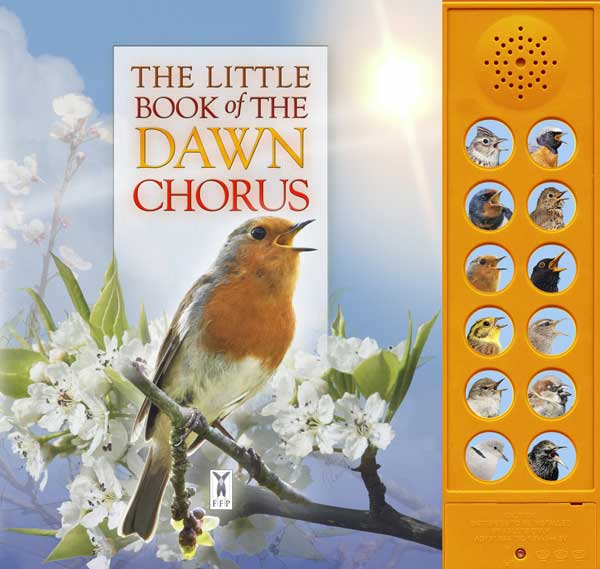 Count down the minutes to sunrise with this joyful book and follow each bird as it joins in the dawn chorus.

First to sing is the skylark followed by the redstart, swallow, song thrush, robin, blackbird, yellowhammer, wren, chiffchaff, house sparrow, collared dove and starling. Find out just what they are trying to communicate and listen to their refrains via the high-quality sound bar.

Suitable for anyone aged 3 years and above 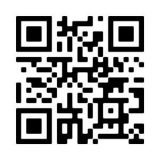 Order Now!
About the Book 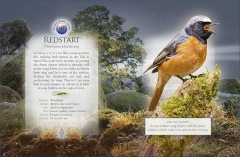 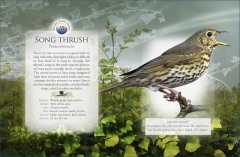 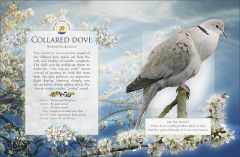 Endorsements
Thank you, a joy for all the family. Brilliant!
– Amazon
Wonderful sounds. Bought for dad who has dementia and loves wildlife. It's not just a quick burst of indistinct noise, it's a prolonged proper birdsong. Dad loves it
– Amazon
What a treat! I really did mean to just glance at The Little Book of the Dawn Chorus but the pull of the sounds of a dozen different birds singing their hearts out was far too much to resist on a cold and rather wet February morning. I spent an indulgent hour or so reading all about the birds and listening to their song. Then - just because I could - I went back and did it all again and it was just as good the second time around. So, what do you get? There are a dozen birds, some of which will feature in most people's dawn chorus - the skylark, redstart, swallow, song thrush, robin, blackbird, yellowhammer, wren, chiffchaff, house sparrow, collared dove and starling. They're in that order for a good reason as we meet the birds in the order in which they initiate or join the dawn chorus. The skylark begins at ninety minutes before sunrise, with the starling coming in last at just fifteen minutes before the sun's over the horizon. You get a timing for each bird. Whilst you're listening to them sing you can read all about them. There's a brief description of each bird followed by information about their habitat, when you'll see and hear them, what they eat, how the male and female differ and a size guide. Then there's a Did You Know? point, such as the fact that skylarks which sing late on in the season are usually males which have failed to find a mate. There's a picture of the bird and - without exception - these are exquisite. Some will be almost lifesize and there's an amazing amount of detail in the plumage. I'd happily hang every one of them on the wall. All of this would be excellent on its own, but it's difficult to overstate the delight of actually listening to the birds. There's a plastic panel to the right of the book (don't worry - it all folds up together and shelves neatly) and inset into this are pictures of the heads of each birds. Press the head and you'll hear the song. The quality of the recording is excellent: I was particularly impressed by the song of the blackbird - which sent shivers down my spine. The recordings are powered by batteries - when it comes to replacing them you'll need three LR44 batteries which are securely housed behind a panel which can only be accessed by using a very small four-point screwdriver. You need steady hands and the patience of a saint to get the panel open, so there's no reason why a child over the age of 36 months shouldn't use the book. I'm sure that they'll love it - and it will be one of the few sound toys which they have which you'll encourage them to play over and over again - even in the early hours of the morning. If this book appeals then you'll also love The Little Book of Garden Bird Song.
– The Bookbag
The Little Book of the Dawn Chorus (Fine Feather Press), by Andrea Pinnington and Caz Buckingham, is a sound book of genuine charm, whose attractiveness persists well beyond the novelty of pushing the buttons. From the “little-bit-of-bread-and-no-cheese” of the yellowhammer’s call to the “coo, coo- oo, cook” of the collared dove, the members of the chorus are lovingly counted off, with their Latin names, the times before sunrise at which they sing and enticing titbits of trivia – such as the fact that a starling can imitate a chainsaw – offered up against a background of crisp, vivid bird photography. This sweet-voiced introduction to a true quotidian miracle will make twitchers of listeners young or old; it may also prompt the purchase of sister volumes, chronicling the songs of garden and woodland birds.
– Imogen, Russell Williams, The Times Literary Supplement
I shall definitely be keeping this book to hand in early spring, to help me identify the birds joining in the dawn chorus. It's such a magical time of year and being able to pick out individual bird sounds makes it even better; this lovely book features 12 British birds you might hear, with a sound button for each, which is remarkably realistic. Alongside is a beautiful image of each bird, with the Latin name, key facts listed and a description of each bird. I love the fact that the number of minutes before sunrise the bird sings is included - I have never seen this before and it really helps identification; the birds are listed in this order. Another lovely book from the Fine Feather Press, who do so much to encourage children to appreciate nature.
– Parents in Touch Online Magazine
Order Now
Waterstones
Hive

Bookshop.org
Other Books in "Sound Books" 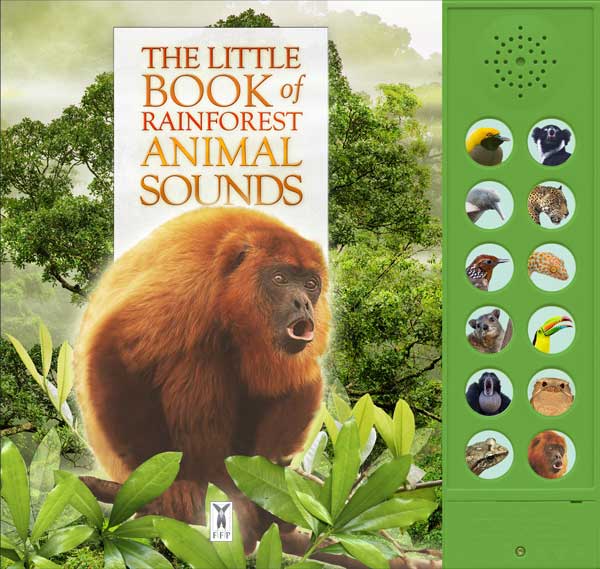 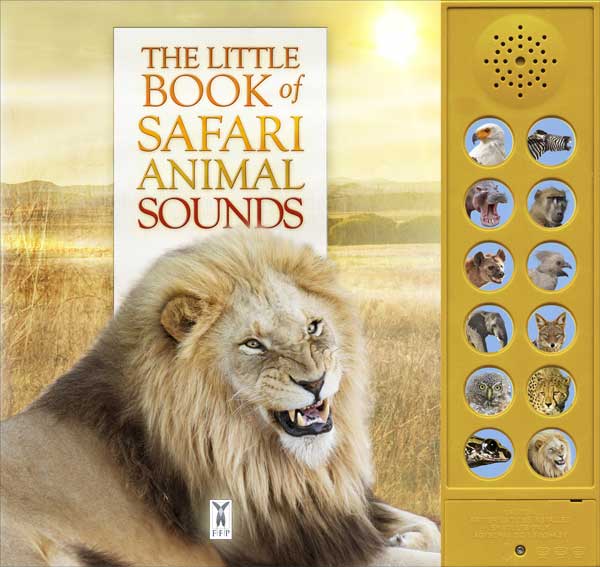 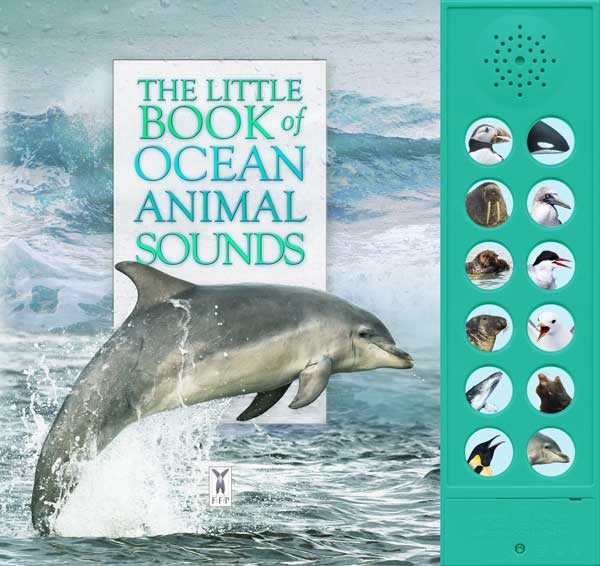 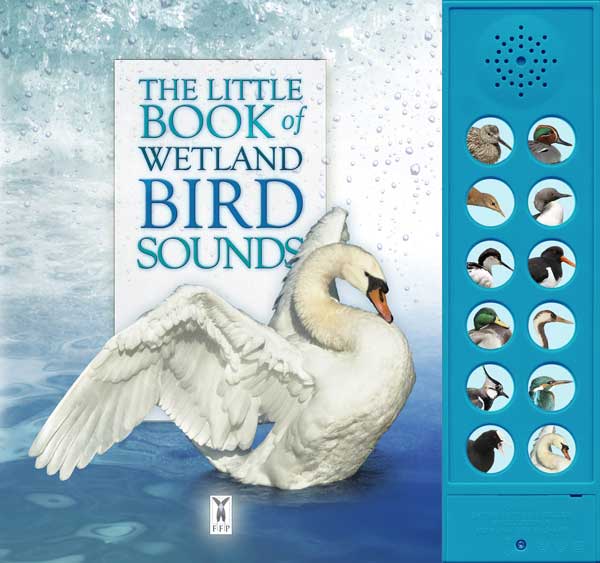 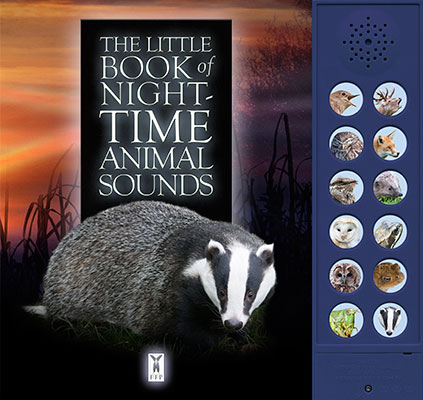 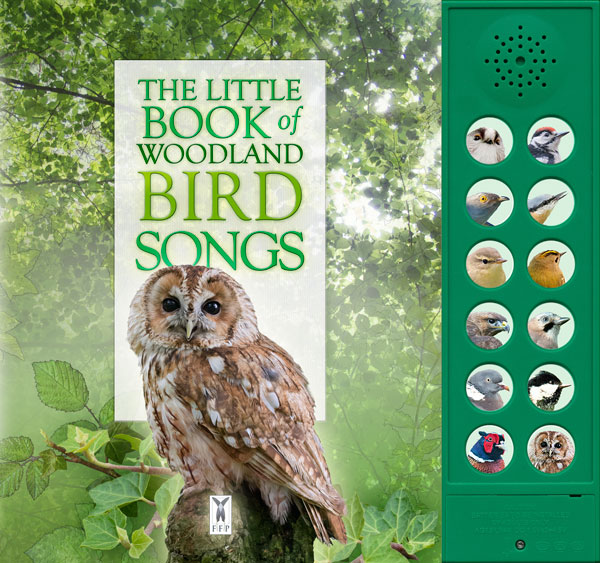 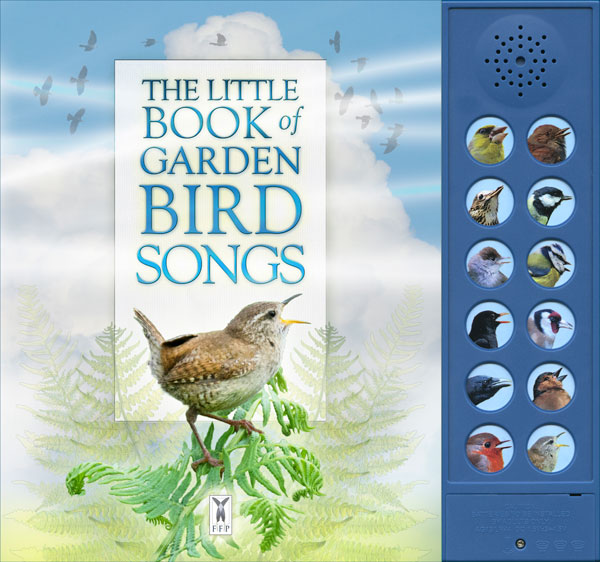 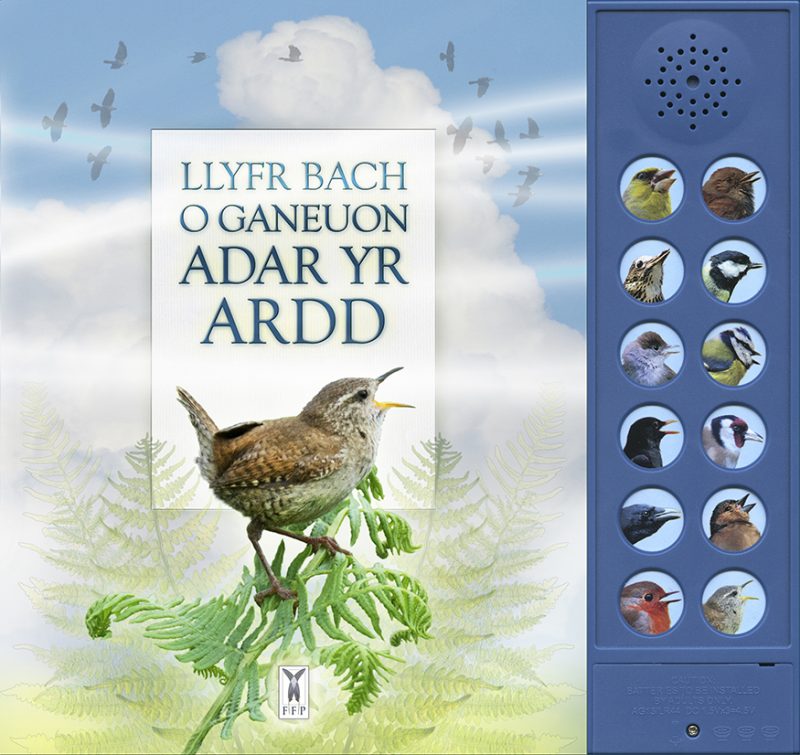 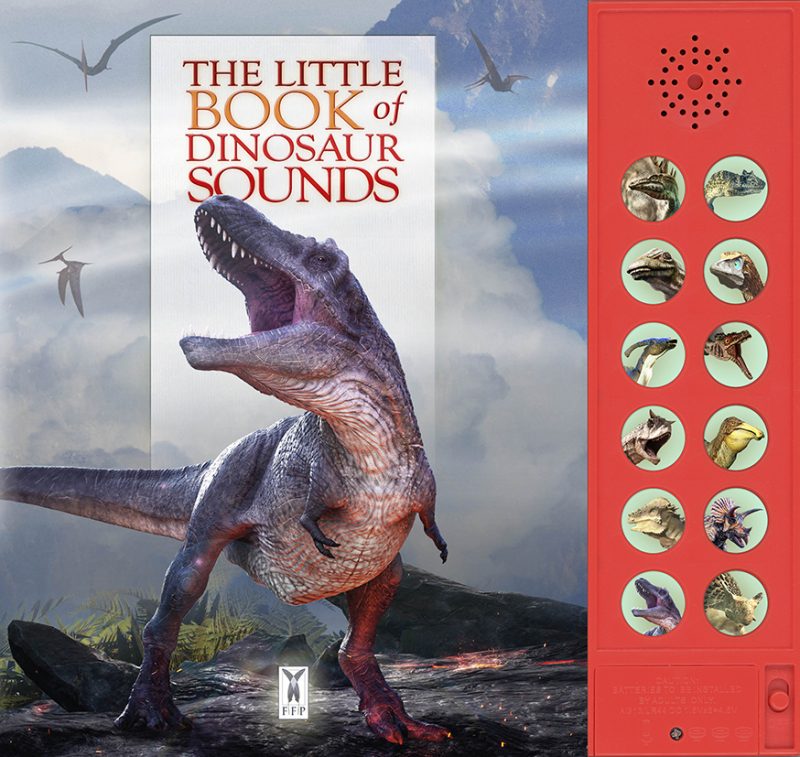 The Little Book of Dinosaur Sounds
Preview
Disclosure of Material Connection: Some of the links in the page above are "affiliate links." This means if you click on the link and purchase the item, I will receive an affiliate commission. I am disclosing this in accordance with the Federal Trade Commission's 16 CFR, Part 255: "Guides Concerning the Use of Endorsements and Testimonials in Advertising."

First to sing is the skylark followed by the redstart, swallow, song thrush, robin, blackbird, yellowhammer, wren, chiffchaff, house sparrow, collared dove and starling. Find out just what they are trying to communicate and listen to their refrains via the high-quality sound bar.

Suitable for anyone aged 3 years and above